Spreadsheets can be crucial to any business, with the potential to simply house a company’s financial data, or run complex calculations based on fluid data.

If your business uses spreadsheets, you likely utilize either Microsoft Excel or Google Sheets, depending on if you are already subscribed to Microsoft 365 or Google Workplace.

If you are not a customer of either, you can choose the application that best suits your needs.

Like the case across both the Microsoft 365 and Workspace suites, the difference between Excel and Sheets is a matter of power vs. convenience.

Though that balance is the focus of these two apps, the gap between the pair is a bit larger than in their corresponding apps like Word and Docs, or PowerPoint and Slides.

While computation power is less important in apps that use less data, power and features can be a clear difference-maker between Excel and Sheets.

In this post, we will explore the battle of Microsoft Excel vs Google Sheets, and how one can take you much further than the other.

Microsoft 365 and Google Workspace are priced per user, per month, with different tiers of pricing, storage, and features.

Microsoft’s desktop apps are not available through the company’s Business Basic plan ($5/user/month), so users at that level will have to be satisfied with Excel Online.

Microsoft offers its desktop apps for as low as $8.25/user/month, but users lose out on other functions like Microsoft Teams, SharePoint, and Exchange Online under that plan. Spreadsheets can be up to a maximum of 2GB in size, so unless you have multiple files of this size, it is unlikely you’ll make much of a dent in your cloud storage with spreadsheets alone.

One TB of space on Microsoft’s most inexpensive offering would be more than enough to house all your Excel spreadsheets and plenty more.

With just 30GB on their starter plan, Google’s cheapest offering may not be enough, but the others will.

The features across both the entire M365 and Workspace suites could break the tie if you are unsure, but depending on your business, the difference in spreadsheets may be a deciding factor.

Unlike some of the other productivity apps of M365 and Workspace that rely on formatting and style to be impactful, spreadsheet features are about one thing:

Without the ability to compute all of the data your company needs, a spreadsheet would be useless.

Excel and Sheets are both capable of a lot, but Excel is capable of more. It also works more smoothly when it is dealing with more data.

Excel can store more data as it is, with the capability to handle over 17 billion cells, while Sheets can handle 5 million.

Will your spreadsheets require more than 5 million cells of data? Probably not, but regardless of its utility, this mostly speaks to the difference in power between each app.

Because Sheets is a web app, it slows down considerably when working in larger workbooks.

Given that it does not have a desktop version, spreadsheets at a certain size will be bogged down for the rest of their lifespan.

By using Google Chrome, Sheets can be taken offline when not connected to the internet, but users have complained that the offline version also struggles.

None of these issues are present in Excel, which was built to process large amounts of data, and not just to be a collaborative hub.

Excel can be taken offline with no loss in computing power and more power to begin with.

Perhaps the most glaring weakness for Sheets from a functionality standpoint is the lack of Power Query and PowerPivot.

Power Query is a function within Excel that will automatically pull tables of data from external sources and adds them to your spreadsheet.

You can simply update these tables by refreshing them. Without Power Query, you are forced to enter all your data manually in Sheets.

While Sheets does have pivot tables, the lack of PowerPivot prevents users from utilizing data from multiple sources.

Visualization of data is also a bit more robust in Excel, with slightly more charting options than Sheets, and a more intuitive layout for customization.

Formatting cells can also suffer in Sheets, which does not support subtotals and uneven merging of cells.

This is not to say that Sheets is completely devoid of features. The platform boasts Google-specific formulas like =GOOGLEFINANCE, which will pull stock prices, and =GOOGLETRANSLATE, which will translate text to a different language.

Overall, the muscle of Excel far exceeds that of Sheets. If you utilize large spreadsheets and need the most power, invest in the desktop version of Excel and thank us later.

The applications within M365 were built as individual, fully formed programs, with the capability of online collaboration added later in their life.

Meanwhile, Workspace was built with collaboration in mind, sacrificing some features to increase ease of use.

Both platforms’ documents can be edited by multiple people concurrently, saving to the selected drive almost instantaneously.

It is easier to share your spreadsheet quickly through Sheets, and the process to do so is much more intuitive.

This includes changing permissions, where it takes a few extra clicks in Excel to find the option. Excel files also must be saved in OneDrive prior to sharing.

In smaller files, there will also be less lag in Sheets as multiple employees work on the file. Like was previously mentioned, the more data a file contains, the worse Sheets will lag.

The largest spreadsheets should be taken to a desktop app anyway, which is only possible with Excel.

Google Sheets is better for collaboration on smaller spreadsheets, but that gap narrows the larger the files become.

Keep in mind that while you probably won’t be sending your internal budgets around, there may be a case where you need to share spreadsheets with external parties.

Compatibility can become an issue, as millions of businesses use Microsoft, and Google’s web documents are not yet compatible with Microsoft files.

Though Google has said it would roll out compatibility with Microsoft documents since the launch of their web apps, they are yet to deliver on that promise.

Of any of the other apps of Microsoft 365 and Google Workspace, the gap between the capabilities of Excel and Sheets is the widest.

While the difference between the Microsoft apps and their Google counterparts generally deal with features and collaboration, Excel simply overpowers Sheets in this comparison.

If your company barely leverages spreadsheets of smaller quantities and sizes, you can easily use Google’s free version of sheets.

If spreadsheets drive your business, there is no true alternative to Excel that can get large jobs done.

IT Support Guys has leveraged the power of Microsoft 365 since 2008 when it was still called Business Productivity Online Suite (BPOS), and we have continued our partnership until the present day What to Look for in a Mobile Device Management Solution GoDaddy Data Breach 2021: What Has Been Compromised? 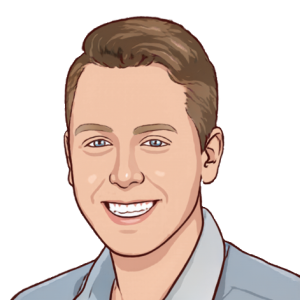 Alex has been working with technology since receiving an Acer computer with Windows '95 for Christmas. Aside from tech fun, he can be found watching soccer and TV with his Newfoundland, or playing video games on his Raspberry Pi.